Baby boomers show deep divisions on the way to retirement 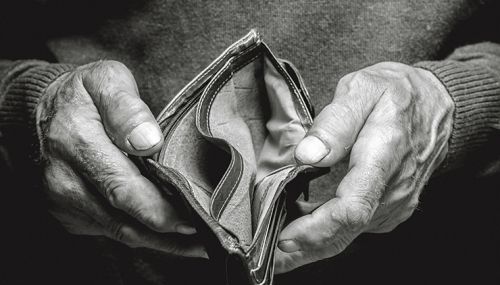 Substantial numbers of baby boomers, especially lower and middle earners, are expecting to work past state pension age, while those who have experienced the most financial hardship throughout their lives are approaching retirement in poorer health and are the most likely to report that they are unable to afford to save.

New research from the Centre for Longitudinal Studies (CLS) shows the generation born in the later 1950s to be divided in their prospects for later life, with a majority expecting to keep on working into their 60s, and a considerable proportion (35% of men and 26% of women) thinking it more likely than not that they would still be working past 66. By contrast, a significant minority have already left the labour market, particularly for reasons of poor health.

The research was funded by the Joseph Rowntree Foundation, and used data from the National Child Development Study, which for nearly 60 years has been following a group of more than 17,000 people born in the same week in March 1958.

More than four in ten of the cohort have had some experience of poverty across their working lifetime, and by their mid-50s those who had been persistently poor (around one in ten) were multiply disadvantaged. The research found the poorest were most likely to say retirement is too far off to worry about and few had paid into a pension.

Big within-generational gaps have also opened up between the richest and poorest in their health. Nearly half (45%) of those who had been poor across their lifetime said they were in poor or fair general health while nearly a third experienced poor mental health.

The least well off were also more likely to have left the labour market in their early 50s and the least likely to say they would be working past 60. Bad health was a key factor explaining the link between low income and stopping work early.

Those who were still working in their mid-50s, but in low earning jobs, were among the most likely to report expecting to be working into their 60s and beyond the state pension age.

In-depth interviews with a small number of study members enabled the research team to further explore the ways that health impacts working lives as individuals age. For example, Anne had recently been forced out of work due to health problems. “To think that you’ve come to this,” she said. “You don’t really want to be on the dole you, don’t want to be unemployed. [But] sometimes your body puts you through these things and it’s… annoying and upsetting… I could still be at work if it wasn’t for [my health].”

Belinda, a primary school teaching assistant, is still working, and hopes to do so until state pension age. However, her job is demanding, and she fears that she will not be physically capable of full-time work all the way to age 66. She would like to switch to a part-time role to extend her working life, but says: “I cannot see me being able to financially.” So she is struggling to strike a balance between her declining health, the demands of her job, and her lack of financial resources.

Interviewees were also asked for their views on the higher state pension age. While there was general acceptance of the need and rationale for the increase, some expressed concerns about what it meant for them personally. Belinda, for example, described how she felt “gutted” when her pension age rose to 66. She said: “Not just in my profession but lots of other professions, it’s just not practical… to continue… Roofers come to mind…”

Professor Alissa Goodman, Director of CLS, said: “While most people told us they expected to be working into later life, poor health had already forced some people to give up their jobs by the time they had reached their mid-50s. We need to look at how we help people, particularly those who have experienced disadvantage in their lives, to stay healthy and in work for longer. And this needs to start early, not as people reach late middle age. With another increase in the state pension age in the future, this is more important than ever.”

Dr JD Carpentieri, Co-Investigator on the study, added: “If a larger percentage of the population is to keep working until age 66 or even beyond, the UK needs more ageing-friendly employment practices and policies, such as increased opportunities to shift to part-time employment.”

2. The names of the study members quoted have been changed to protect their identities.

5. The National Child Development Study (NCDS) follows the lives of over 17,000 people born in England, Scotland and Wales in a single week of 1958. Also known as the 1958 Birth Cohort Study, it collects information on physical and educational development, economic circumstances, employment, family life, health behaviour, wellbeing, social participation and attitudes.

6. The Centre for Longitudinal Studies (CLS) is an Economic and Social Research Council resource centre based at UCL Institute of Education, responsible for running four of the UK’s internationally-renowned cohort studies – including NCDS. Follow @CLScohorts

7. The Joseph Rowntree Foundation is an independent organisation working to inspire social change through research, policy and practice.

8. The Economic and Social Research Council (ESRC) is the UK’s largest funder of research on the social and economic questions facing us today. It supports the development and training of the UK’s future social scientists and also funds major studies that provide the infrastructure for research. ESRC-funded research informs policymakers and practitioners and helps make businesses, voluntary bodies and other organisations more effective. The ESRC also works collaboratively with six other UK research councils and Innovate UK to fund cross-disciplinary research and innovation addressing major societal challenges. The ESRC is an independent organisation, established by Royal Charter in 1965, and funded mainly by the Government.

9. The UCL Institute of Education is a world-leader specialising in education and the social sciences. Founded in 1902, the Institute currently has more than 7,000 students and 800 staff. In the 2014 and 2015 QS World University Rankings, the Institute was ranked number one for education worldwide. It was shortlisted in the ‘University of the Year’ category of the 2014 Times Higher Education (THE) awards. In January 2014, the Institute was recognised by Ofsted for its ‘outstanding’ initial teacher training across primary, secondary and further education. In the most recent Research Excellence Framework, 94 per cent of its research was judged to be world class. On 2 December 2014, the Institute became a single-faculty school of UCL, called the UCL Institute of Education. www.ucl.ac.uk/ioe | Follow @IOE_London

10. University College London (UCL) was founded in 1826. It was the first English university established after Oxford and Cambridge, the first to open up university education to those previously excluded from it, and the first to provide systematic teaching of law, architecture and medicine. It is among the world’s top universities, as reflected by performance in a range of international rankings and tables. UCL currently has over 35,000 students from 150 countries and over 11,000 staff. Its annual income is more than £1 billion. www.ucl.ac.uk | Follow @uclnews | Watch www.YouTube.com/UCLTV