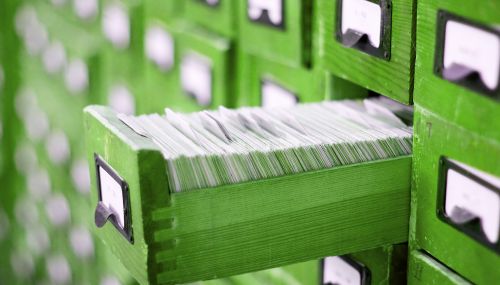 The new data release from the 1958 National Child Development Study provides detailed information from teachers about cohort members’ conduct in the classroom, their attitudes, and their interaction with other children when they were aged 7 and 11. Only limited information from this data collection had previously been available to researchers. With the newly released data, researchers can now explore the impacts of childhood conduct and behaviour in greater depth.

In 1965 and 1969, teachers completed Bristol Social Adjustment Guide (BSAG) forms for more than 13,000 cohort members in each study sweep. They were asked to underline ‘items of behaviour’ they thought described the child’s conduct or attitudes. At the end of the form, the teachers had the opportunity to write any additional remarks or issues about the child not already covered on the form.

Limited data from the BSAG forms were originally deposited with the UK Data Service in 2007 as part of National Child Development Study: Childhood Data, Sweeps 0-3, 1958-1974. However, this dataset did not specify which individual behaviours and traits the teachers had underlined for the cohort member. Instead, different behaviours and traits were grouped together as indicators of particular ‘syndromes’, such as ‘depression’, ‘restlessness’ and ‘withdrawal’.

The new deposit now records all 405 specific traits and behaviours the teachers were asked to select from. In addition, their free text responses have been transcribed and digitised, and made available for the first time. Sensitive information in these responses have been redacted to protect participants’ identities.

Professor George Ploubidis, director of the 1958 National Child Development Study, said: “Until now, researchers could only access limited information derived from the BSAG about this cohort’s behaviour and conduct in childhood. The previously untapped research potential for this data can now be explored.

“In combination with the information collected from our cohort members over the six decades of the study, this new data holds great promise for improving our understanding of child development and how problems in childhood are linked to various outcomes across life.”

Although the BSAG is now an outdated tool, it is nonetheless considered to be of scientific value and historic interest. Given it was developed in the 1950s, it also includes terminology about the children’s conduct, attitudes and traits that by today’s standards would be considered inappropriate.

This project was funded by the Economic and Social Research Council and is part of a larger programme underway at the Centre for Longitudinal Studies to improve access to data from its studies and expand their potential as resources for research.

The datasets containing the BSAG quantitative responses provided by the teachers are available via the UK Data Service’s secure access system, the Secure Lab. Information about how users can apply for access to these data can be found on the UK Data Service website.

The dataset is included in the UK Data Service catalogue as:

The transcribed responses are not publicly available via the UK Data Service. Researchers requiring access can apply separately to CLS through the CLS Data Access Committee. More information can be found on the CLS website.

More information on the datasets is available in the CLS user guide, available from the CLS website and the UK Data Service website: